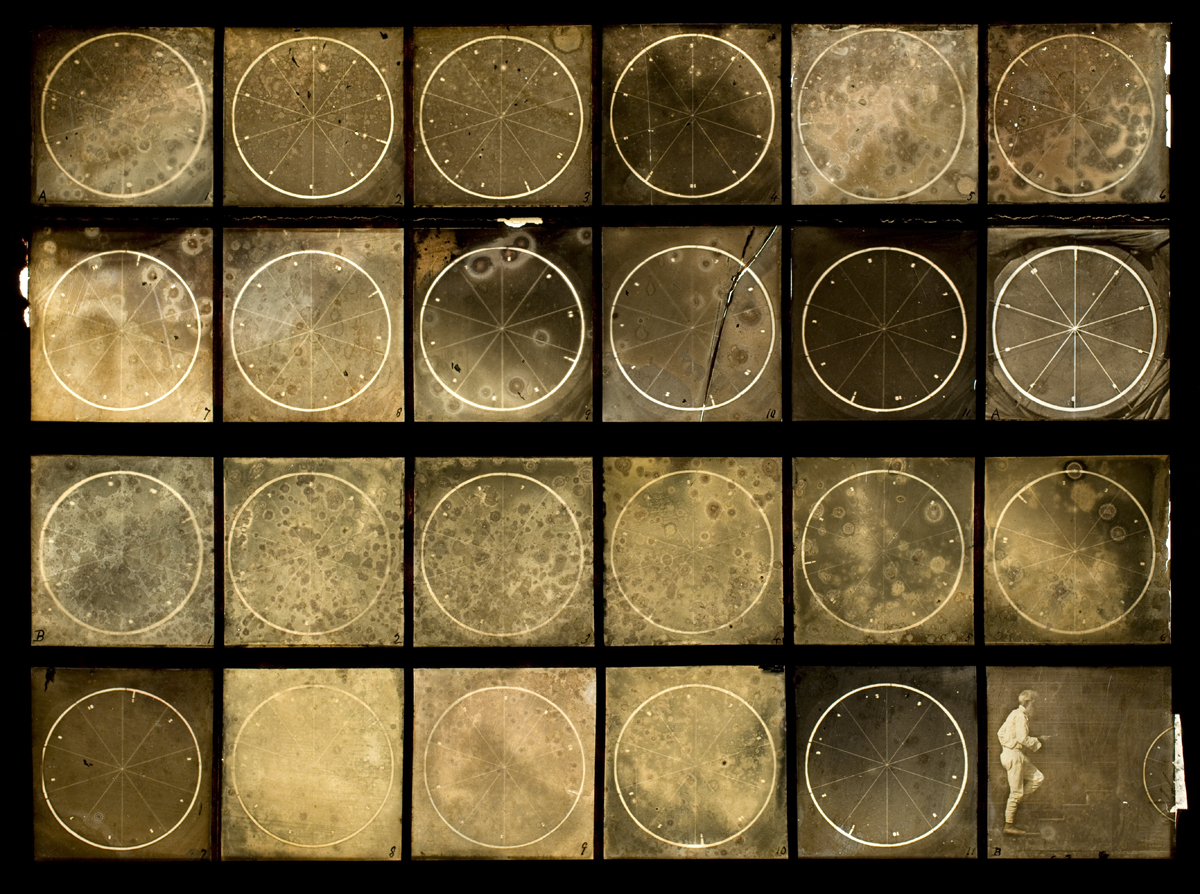 This unique object consists of a series of twenty three small glass negative images of a rotating sulky wheel that was used by Muybridge to determine the length of time between exposures. The twenty fourth, and last image in the grid, is a small glass positive image of Muybridge in a white suit, ascending some steps. The image of the sulky wheel is visible in the right edge of this image.
Born Edward Muggeridge, in Kingston-Upon-Thames, England, Muybridge changed his Christian name to Eadweard in 1850, and his surname to Muybridge a few years later. He went to San Francisco around 1855 and opened a bookstore there. He lived most of his adult life in the United States, beginning his photographic career in California in 1867. He set up a photographic studio, sharing space in the “Cosmopolitan Gallery” of Silas Selleck, the former NYC daguerreotypist. Muybridge used the pseudonym “Helios” and drove a light horse-drawn wagon he called “The Flying Studio.” Initially commissioned in 1872 by Leland Stanford to make motion studies of his horse, “Occident”, Muybridge later extended that work at the University of Pennsylvania. These studies, in their many forms, occupied him until his death in 1904 at his home in Kingston.